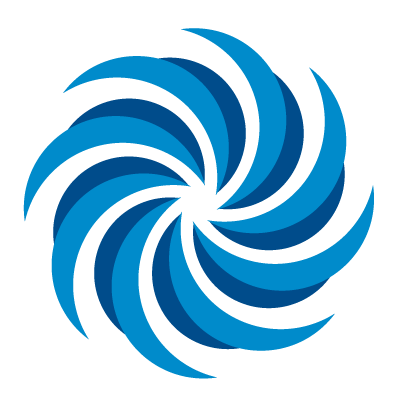 The evolution of Welding

The first welding techniques date back to the times when the metal itself saw its first uses by men. The “forge welding” marked the beginning of new processing techniques and new works. Since the Middle Ages, the iron parts were joined to the “red heat” on the forge and were subsequently hammered to make them homogeneous. Only in 1901, by means of oxyacetylene welding, did the welding processes begin to be truly reproducible and to return homogeneous characteristics. Using this procedure, the energy needed to fuse the parts was provided by the combustion of a gas (acetylene) with pure oxygen. Thanks to the high temperatures reached, it was no longer necessary to “hammer” the parts in order to allow them to be joined, making the operation easier and above all “repeatable”.

At the beginning of the twentieth century, electric generators were developed capable of emitting an electric arc powerful enough to melt iron. This technology marked the birth of electrode welding which is still the most widespread in the world today.In 1925 the resistance welding technique was perfected, mainly used in the industrial field.The need to produce high resistance welded joints, with higher productivity than electrode ones, led to the birth of continuous wire welding (submerged arc). The process was of great use during the Second World War.During the 1950s, with the MIG and MAG processes, a productivity comparable to that of submerged arc was obtained with greater flexibility of use. At the same time, the TIG welding process was developed, which allowed greater precision during execution and continuous processing compared to electrode welding.In the 70s, thanks to continuous research and development, concentrated energy processes (electron beam and laser) were introduced. These procedures allow to limit with extreme precision the area of ​​material modified by the welding.

Main proceedings in the aeronautical field

The main welding techniques used in the aeronautical field can be divided into: 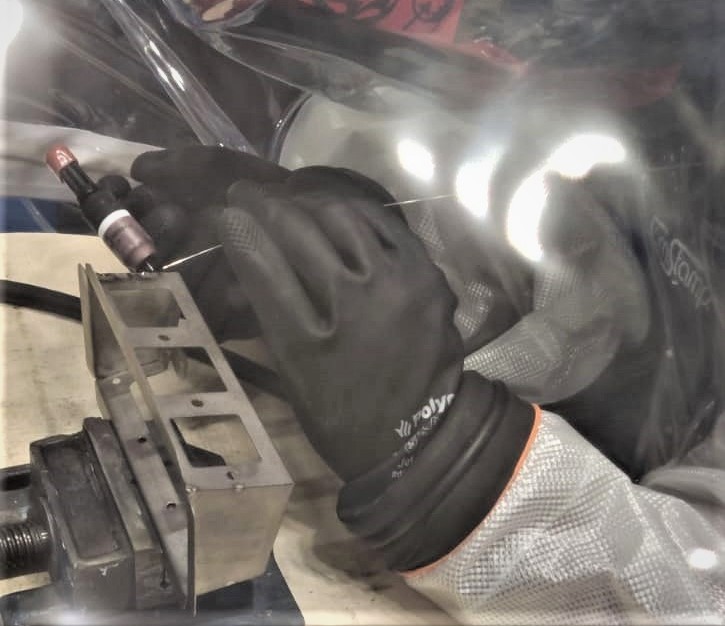 Arc welding process with an infusible (tungsten) electrode, under inert gas protection, which can be performed with or without filler metal. This type of welding provides high quality joints and could replace the installation of classic rivets, ensuring much lighter parts with the same strength. 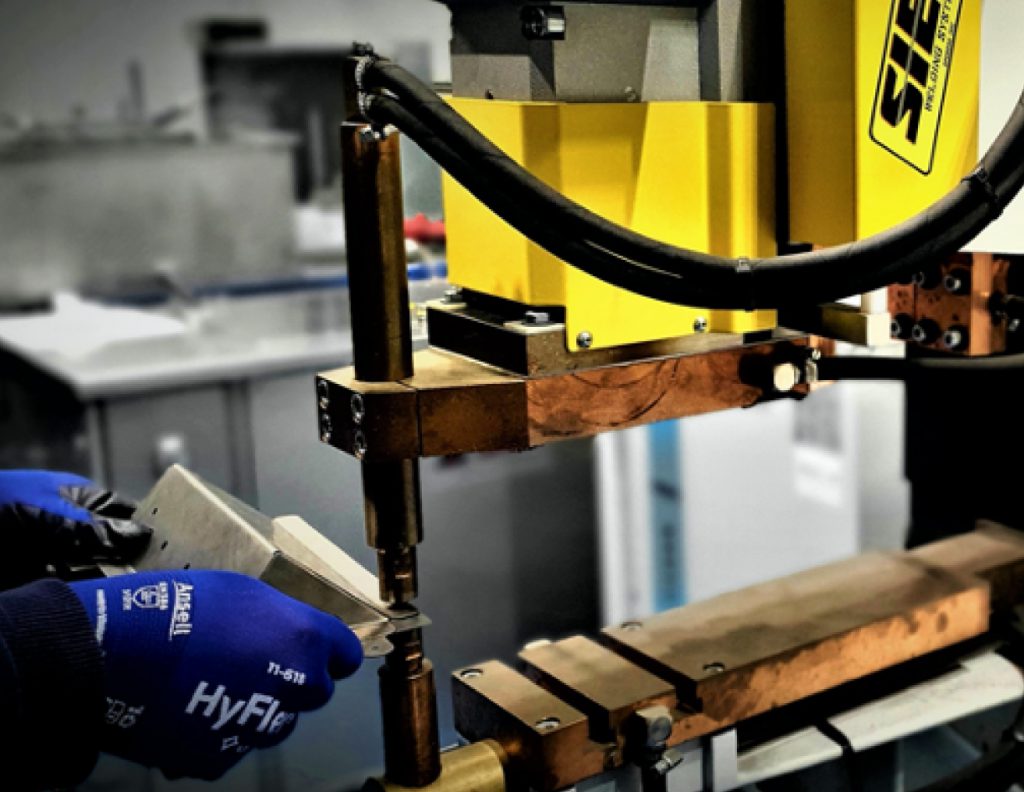 Resistance welding is an autogenous pressure welding method in which the material is heated by electrical resistance. This type of welding allows you to join two or more overlapping sheets and has the advantage of having a significantly reduced thermally altered area than that of an arc welding. 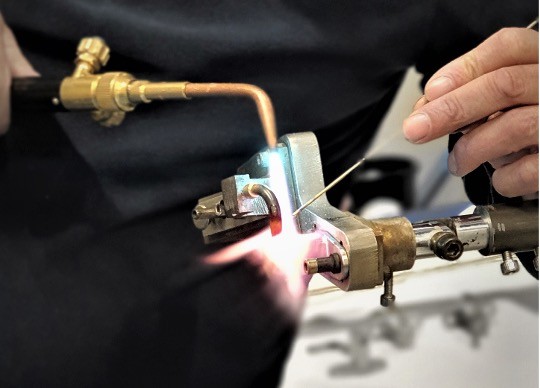 Brazing consists in connecting metal pieces with the help of a filler metal without melting the pieces to be assembled. The filler metal penetrates by capillarity inside the pieces to be assembled. This type of process is used when the joints are made of materials that are difficult to weld, when the details are made of different metal materials and their welding is impossible or when the aesthetic appearance of the joint is of priority or indispensable importance.Among all the techniques used, including the costly and revolutionary laser welding, the spread of GTAW arc welding still holds the record thanks to its reliability and its various fields of application.

The different types and techniques of welding vary according to the specific field of application. The aeronautical sector requires that the welding processes, carried out on complex metal alloys, are performed under extremely controlled conditions.For example, the welding of titanium materials is carried out “under vacuum” or in a “total protective gas atmosphere”.All welding processes are therefore considered “special” and require qualification of the plant and of the operators who carry out the processes.Specific accreditation programs, which provide for complex qualification procedures, are followed in order to guarantee the quality of the processes and ensure the correct application of the “best – practices”.

The constant and rapid technological progress will make it possible, in the not too distant future, to use increasingly efficient welding techniques. Currently, in addition to the improvement of plasma and laser welding techniques, studies for diffusion welding are continuing.Using this technique, the material to be welded is not brought to fusion but is subjected to pressure. In this way, at relatively low temperatures, the atoms of the crystal lattice diffuse across the separation surface of the pieces to form the welded joint. 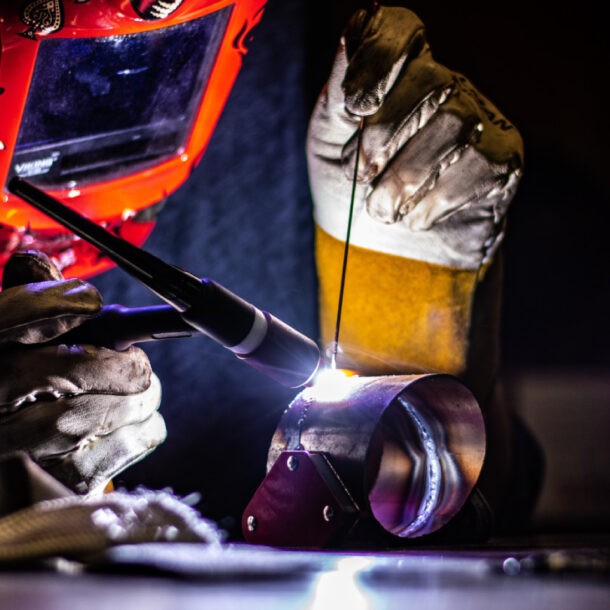 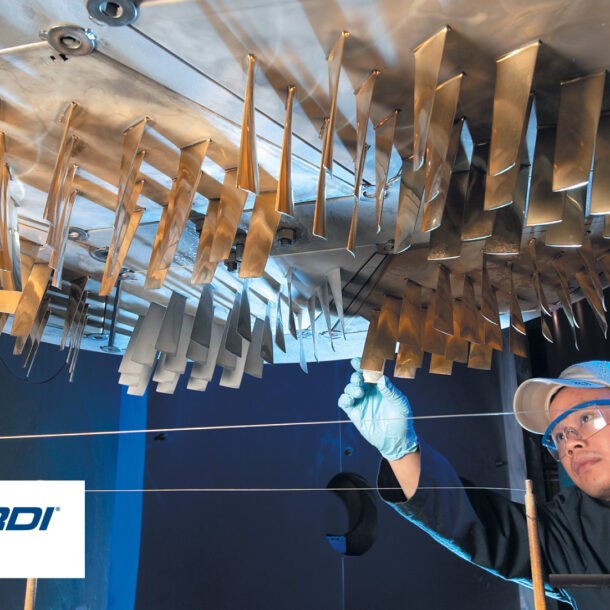